Disposal Records of the RUSI Museum

From the first traces discovered on Cape Riley in 1850, the RUSI Museum in Whitehall, London, laid a strong claim to being the world’s premier museum of Franklin relics.  Even the trove brought back by McClintock in 1859 was first exhibited there before travelling to Greenwich.

In the 1960s, however, this august museum was kicked out of its home at the Banqueting Hall, and its historical treasures dispersed throughout the world.  Tracing what was lost and where everything went is the work of many small corners of history, not just the Franklin Expedition’s.  In general it is the work of Jacqui Grainger, the current librarian in charge of the still-existing RUSI Library, whose knowledge has been invaluable in mining this seam of Frankliniana.

These document records from the Treasury department (now at the National Archive at Kew) show a small window into the preparation for the dispersal of that collection – including some contemporary editorials of horrified public reaction.  May they be of use to Franklin hunters on the track of where everything went. 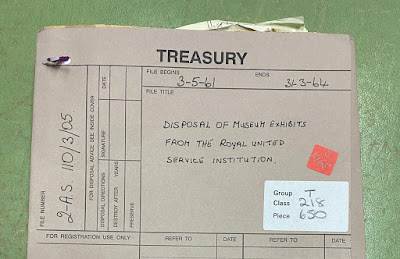 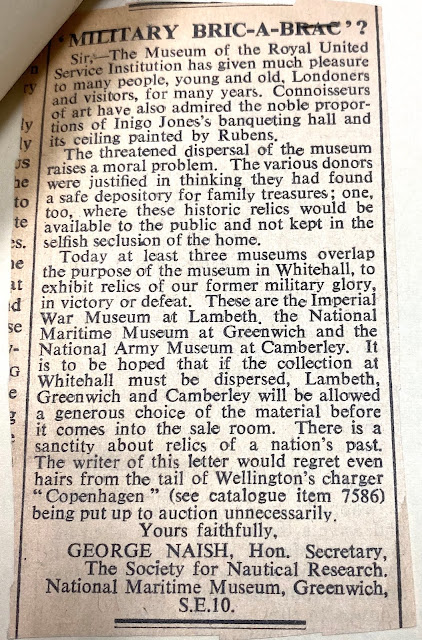 The following appears to be the RUSI Museum’s own recommendations of where exhibits should go to.  All Franklin relics are designated class “A”. 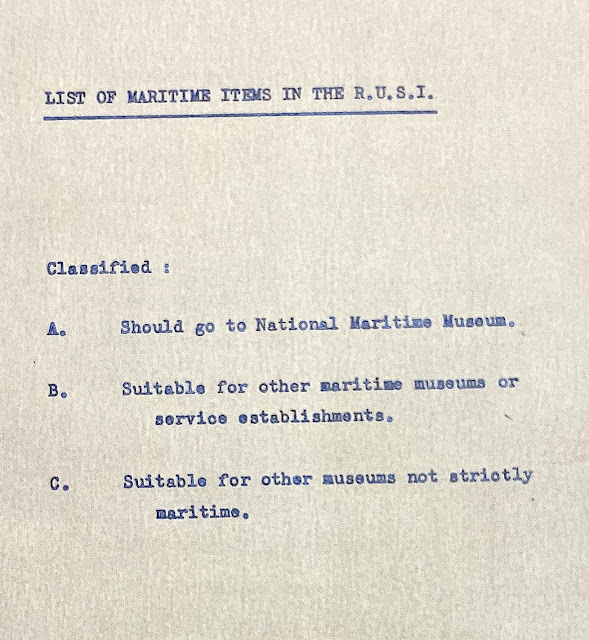 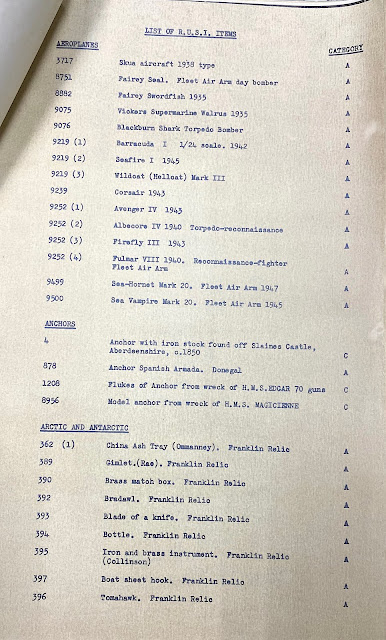 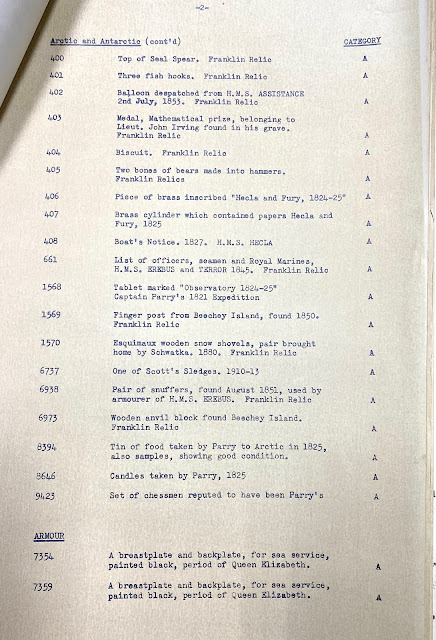 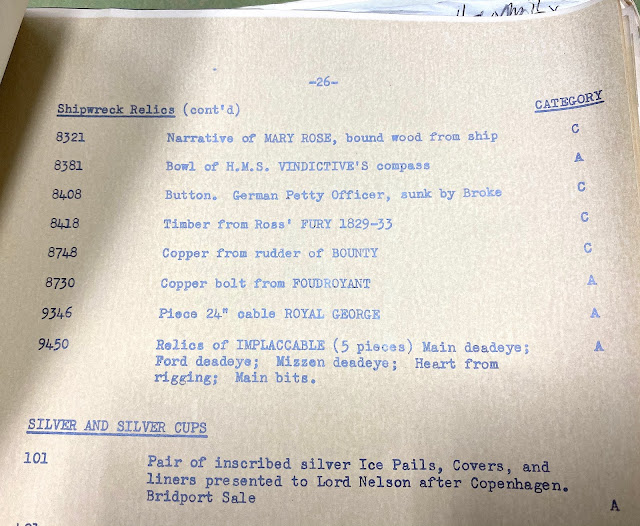 Conversely, as if to reply, the following appears to be the National Maritime Museum’s ranking of which RUSI exhibits they would like most, classed in groups A, B & C. 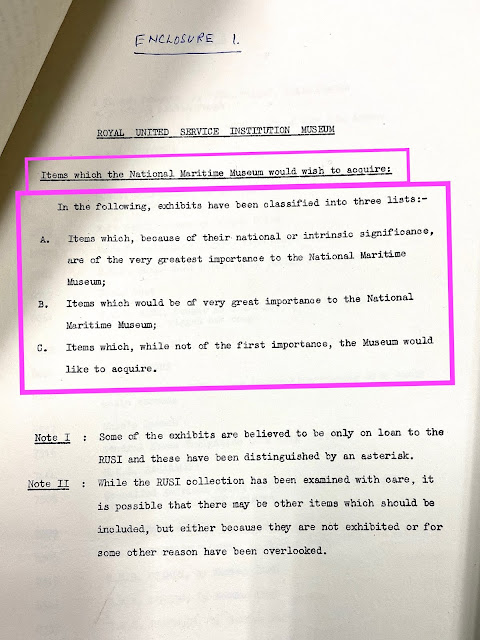 All Franklin relics appear as a single entry, in List B.  (And thus did the Beechey Island Anvil end up in Calgary.) 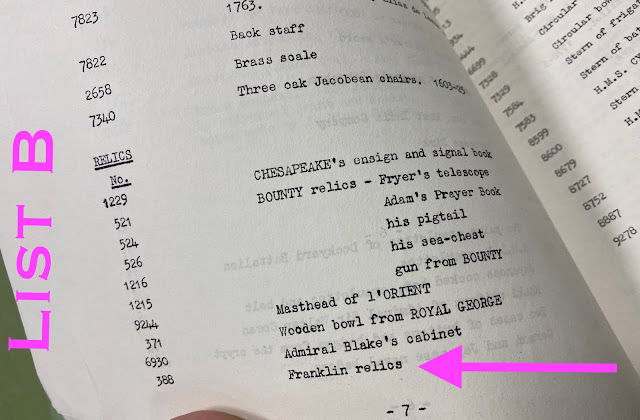 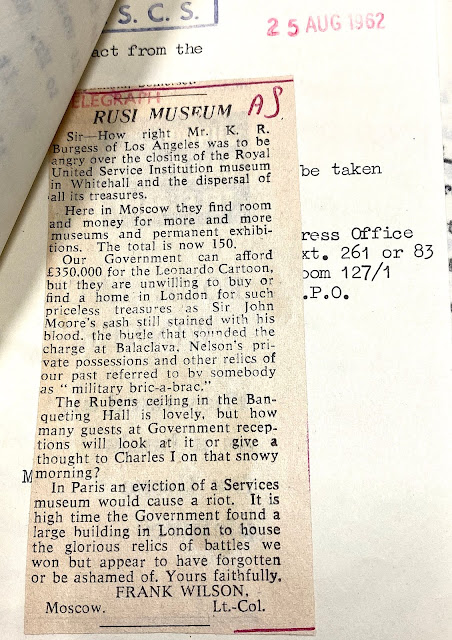 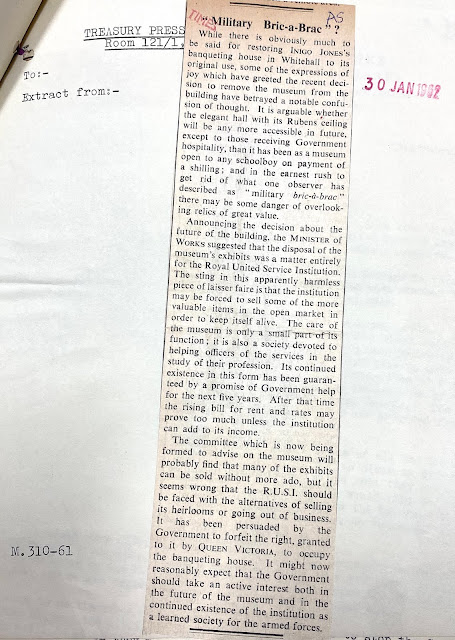 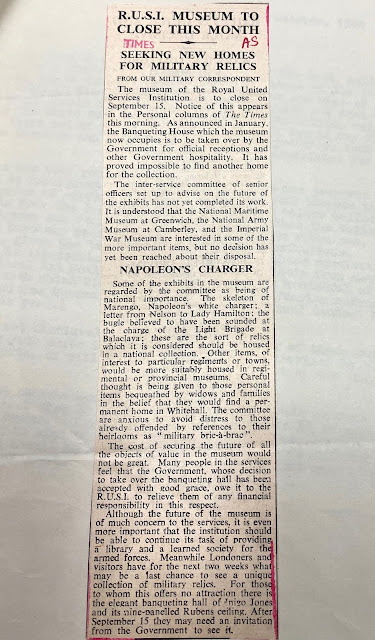 An internal government document detailing some of the museum’s demise. 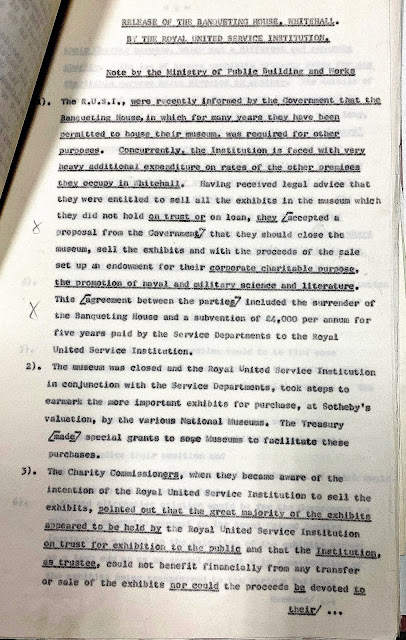 Visions of the North article on this topic:
https://visionsnorth.blogspot.com/2020/04/eric-harvie-and-franklin-relics.html