In a London archive, Franklin researcher Regina Koellner has found the original “3rd Note”.  Before the Victory Point Record and its sibling the Gore Point Record, this “Disko Bay Record” was the only one used for its intended purpose: it was thrown into the sea from HMS Erebus.  It was dropped into Baffin's Bay at the 66th parallel (zero minutes, zero seconds North) about 200 miles south of Disko Bay.  Four years later it was picked up in Disko Bay and sent – as its six languages request – to the Admiralty in London.

Mentioned rarely if at all in books about the Franklin expedition, this note was written too early to tell us about the coming disaster.  However, for everyone who has spent time examining the Victory Point Record in detail, this 3rd variation of the same document – again in Fitzjames’ hand – is rich in points of comparison.  I believe this is the first time it’s been seen in the modern search era, and I thank Regina Koellner for letting me photograph it for her. 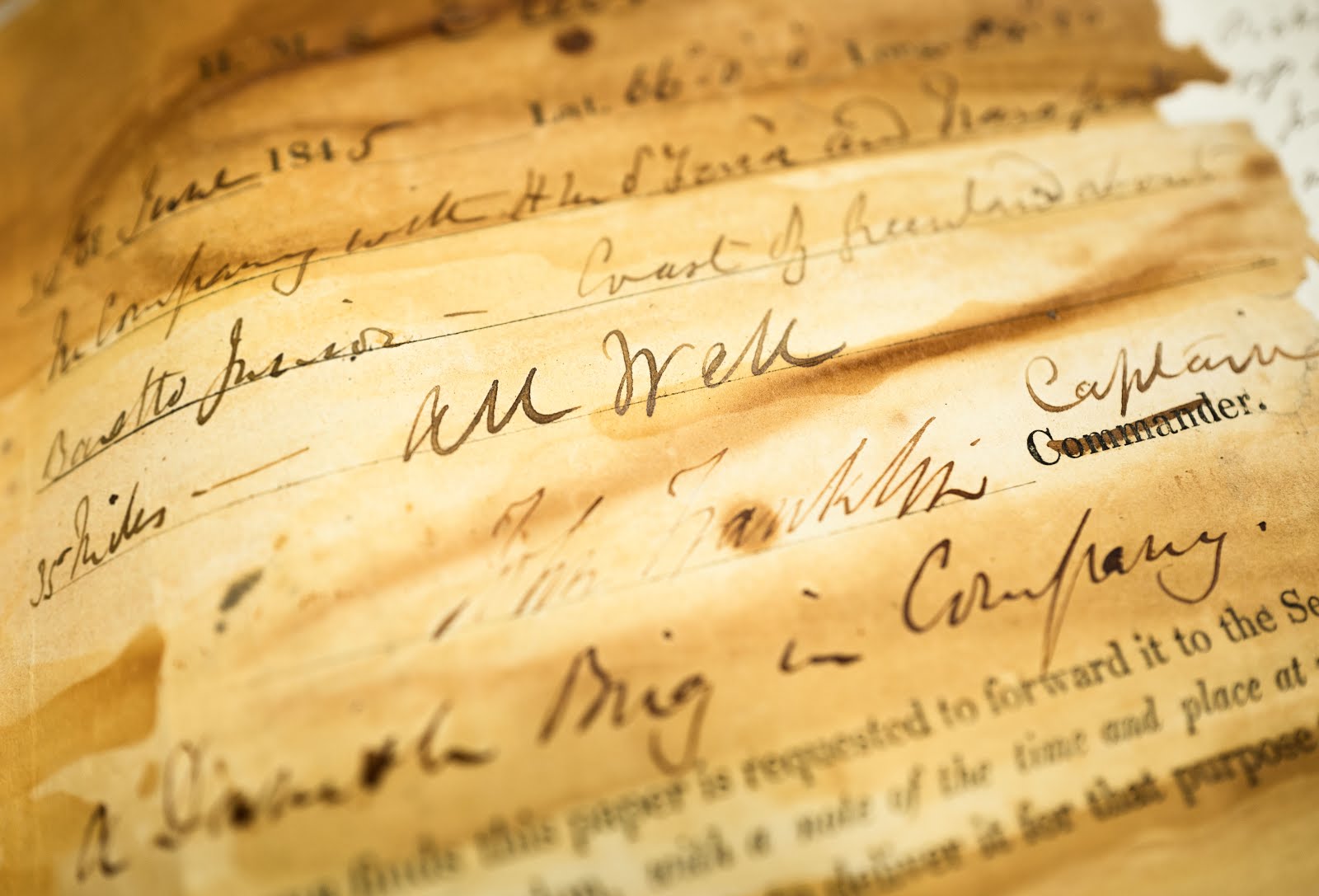 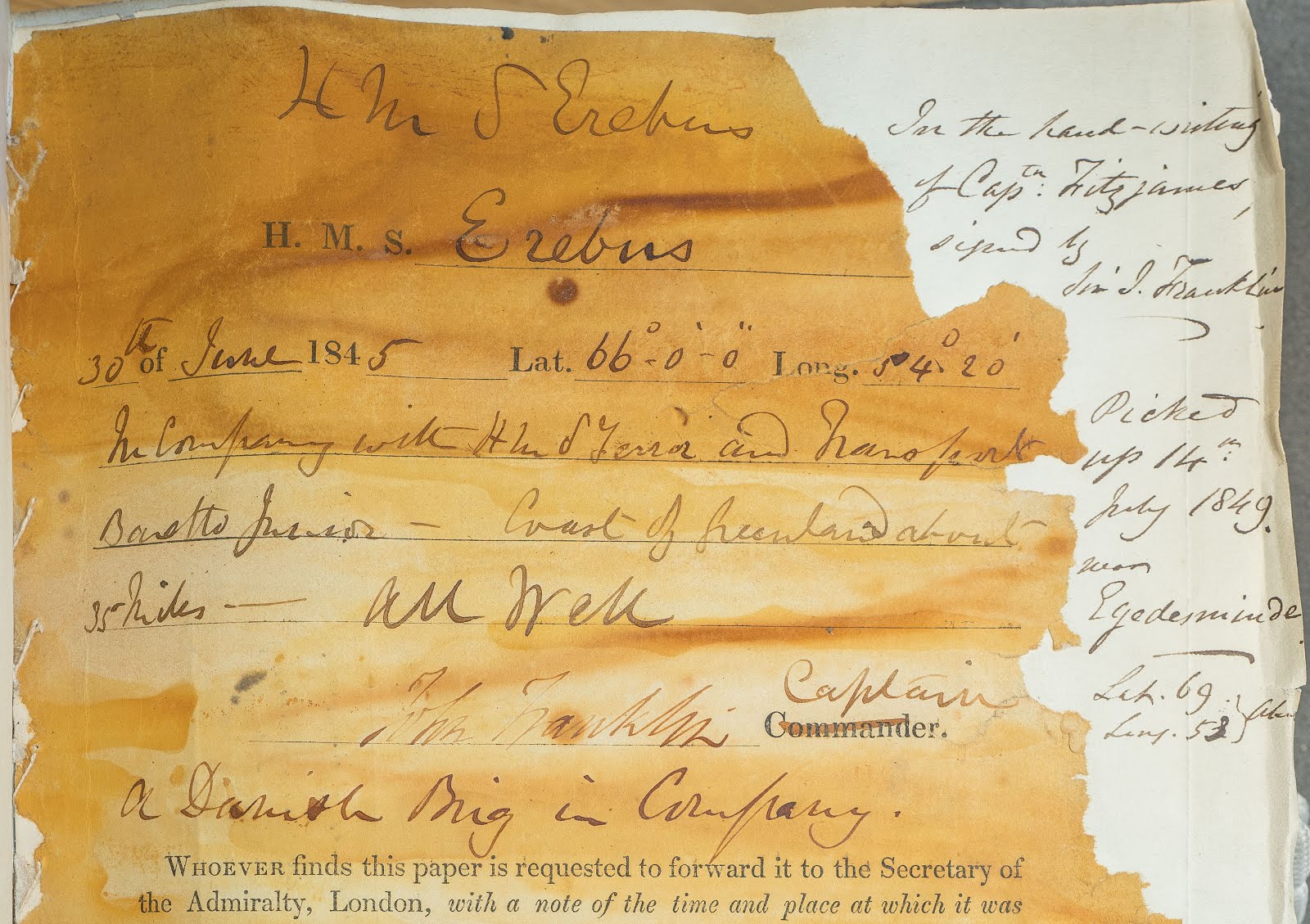 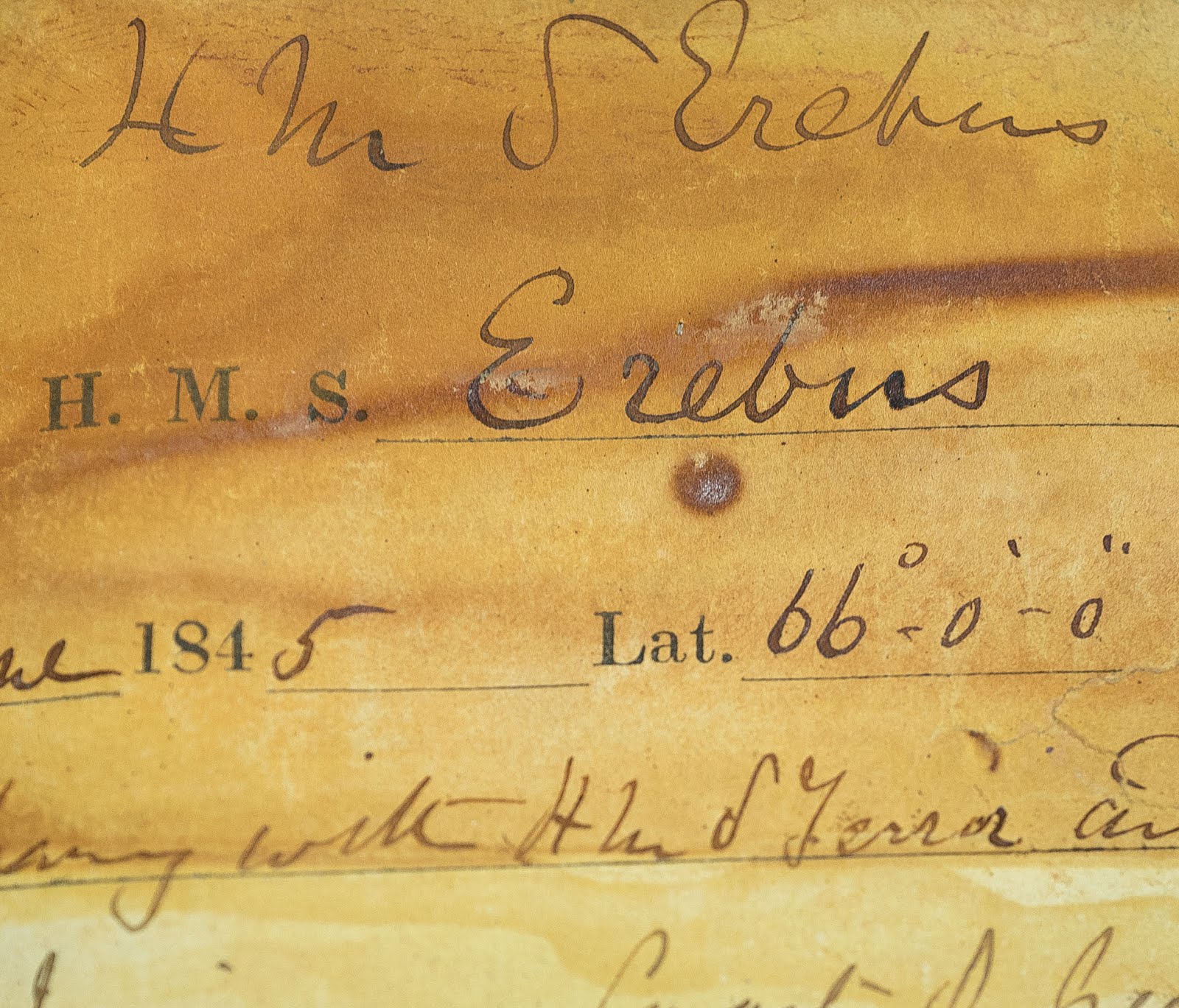 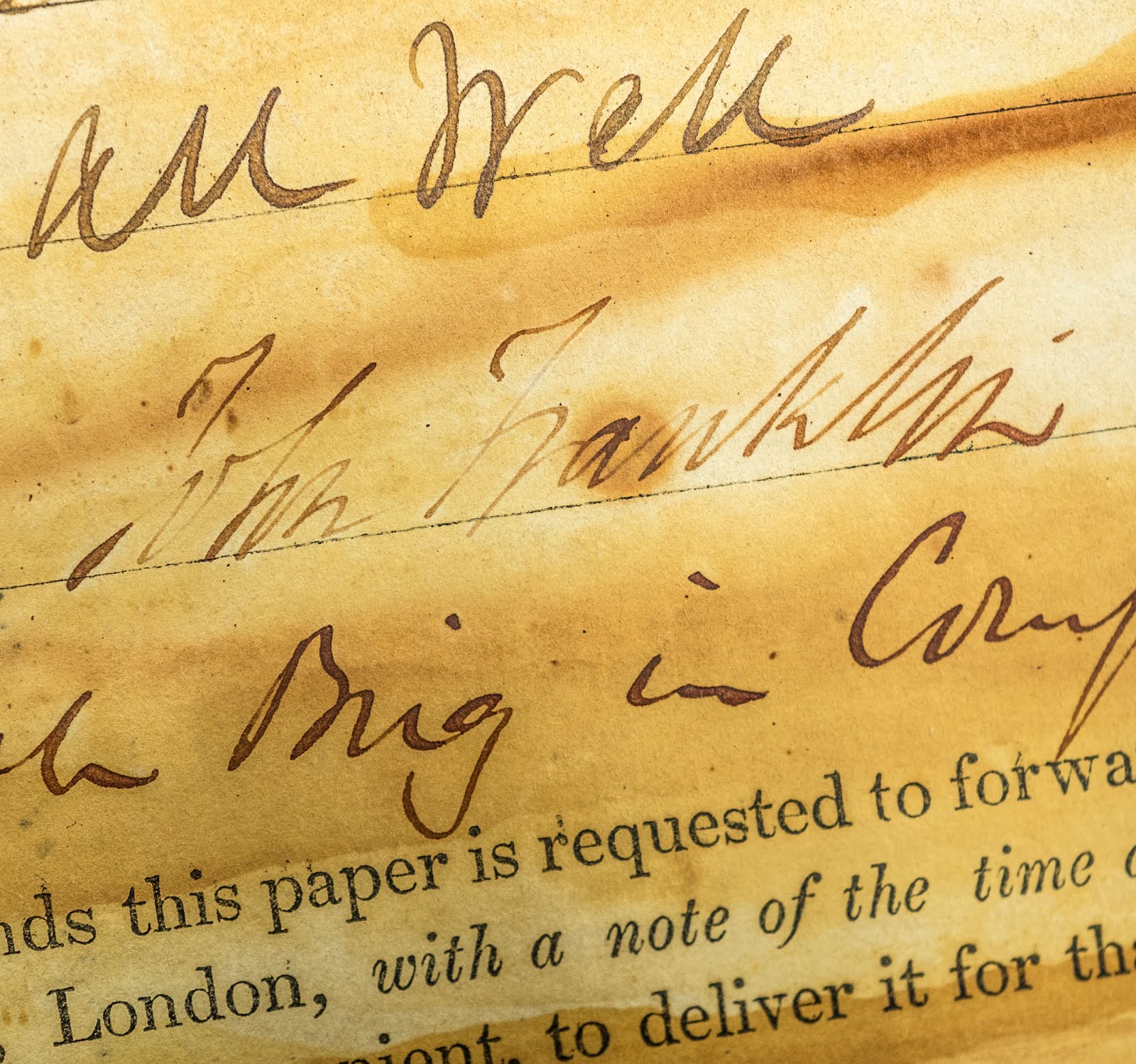 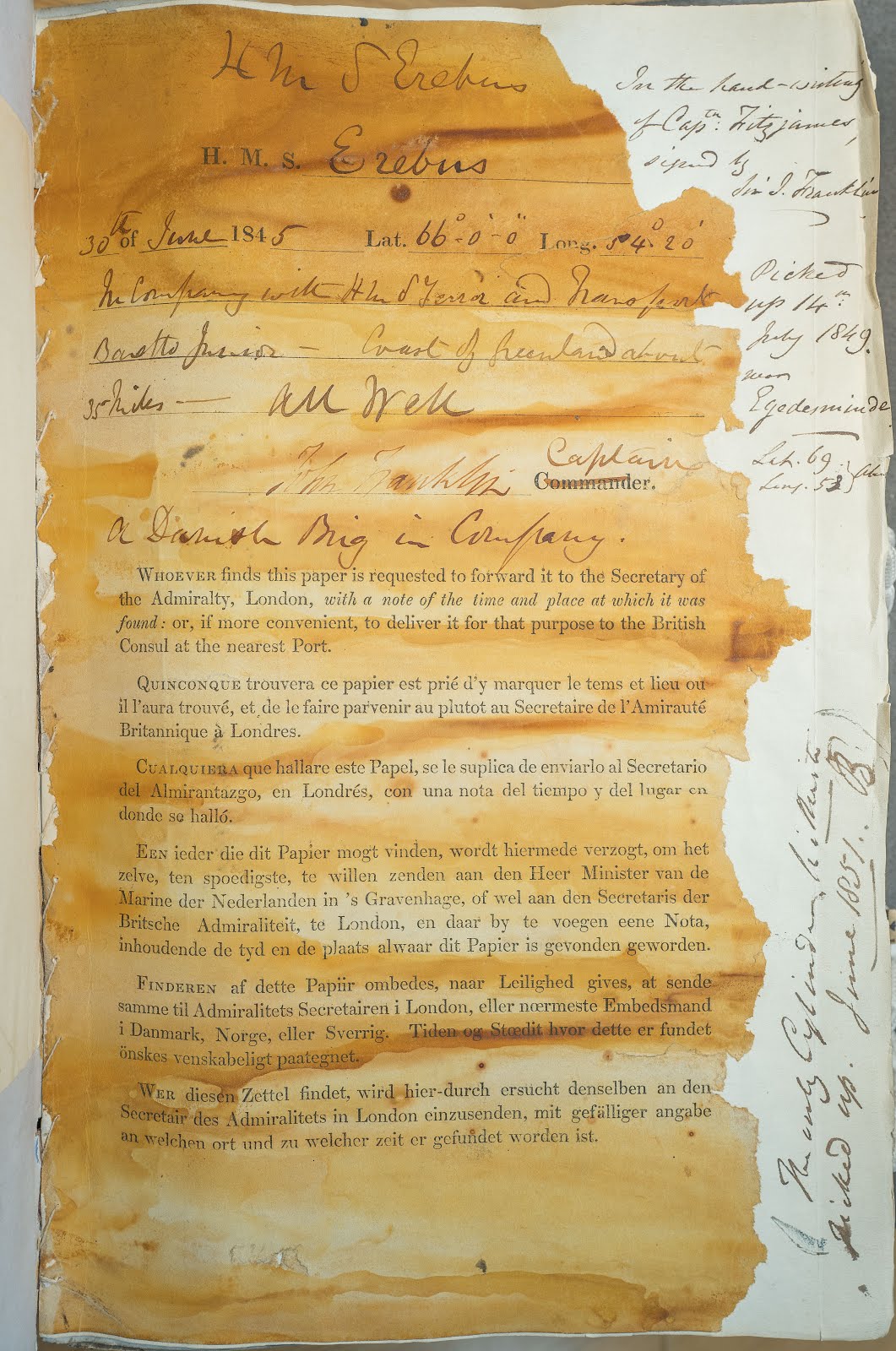 Visions of the North article – The Three Franklin Records:
https://visionsnorth.blogspot.com/2020/02/the-three-franklin-records.html