Searching for relic photos at the RUSI in London 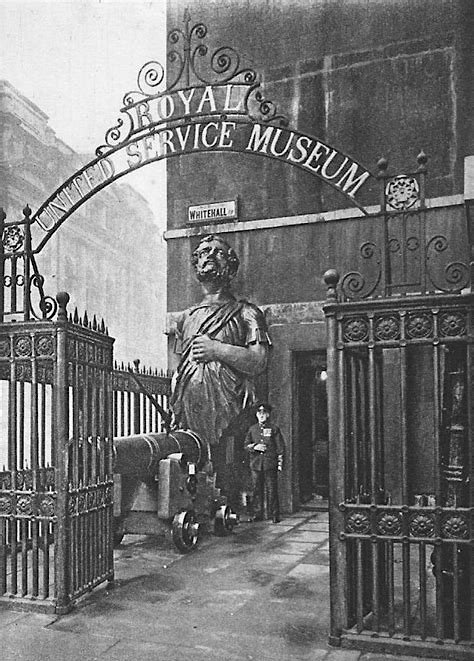 In October of 2019 I came upon the RUSI Librarian tweeting historical images of the old RUSI Museum. Visions of the North readers of the 2018 Beechey Anvil discovery will remember that this museum in London once held a large collection of Franklin relics. 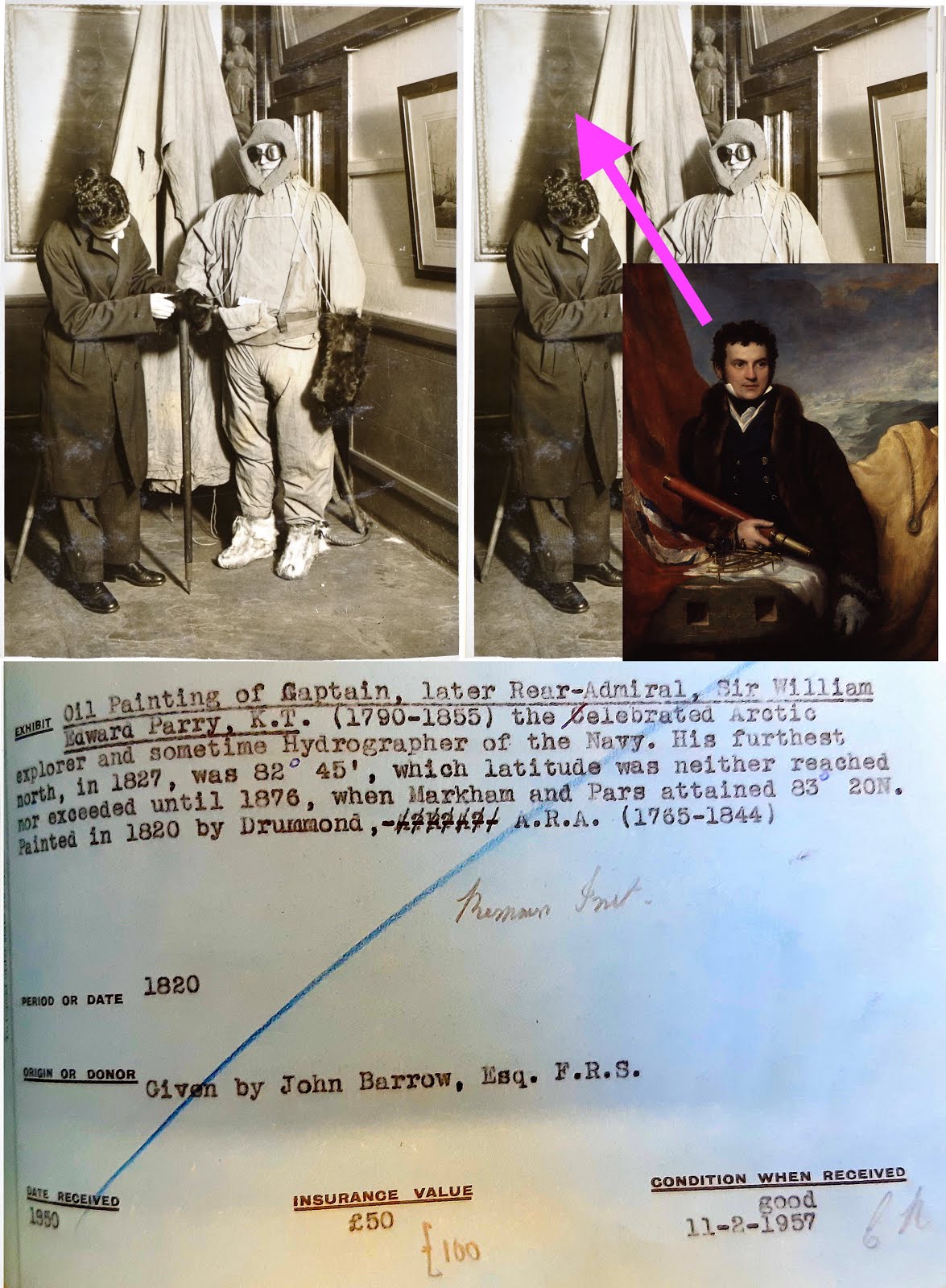 Scanning one photo, I saw what looked like the Drummond portrait of Captain Parry in the background.  I sent the identification to the RUSI Librarian, and she – Jacqui Grainger – found and sent back the exact card catalogue entry for it within a few hours.

This speed is impressive, as the cards are not digitized and only lightly organized. Jacqui the Librarian is doing a research project on the RUSI “lost museum,” in collaboration with the University of Westminster and funded by Techne AHRC; she hopes to get all the entries sorted and online in the coming years. 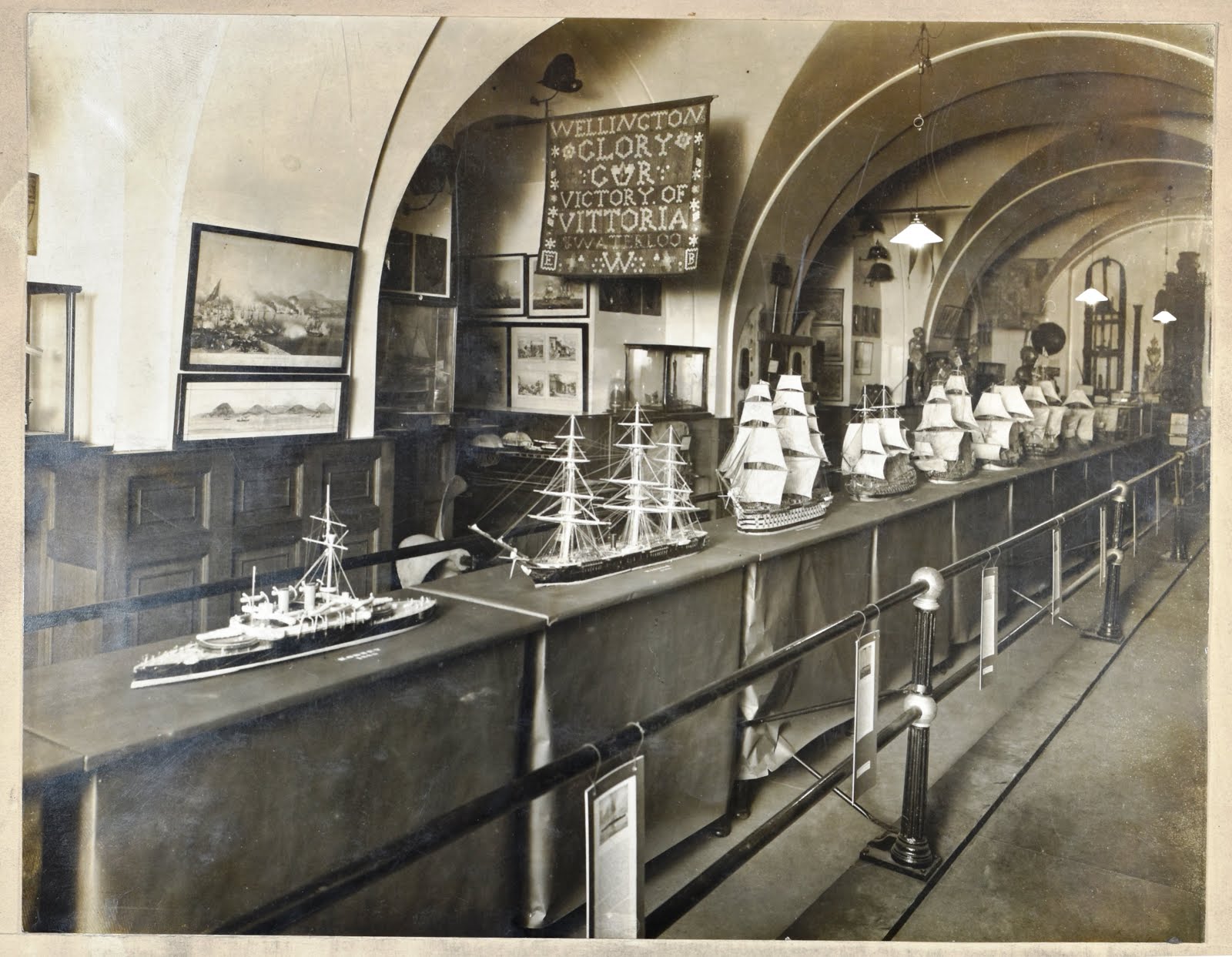 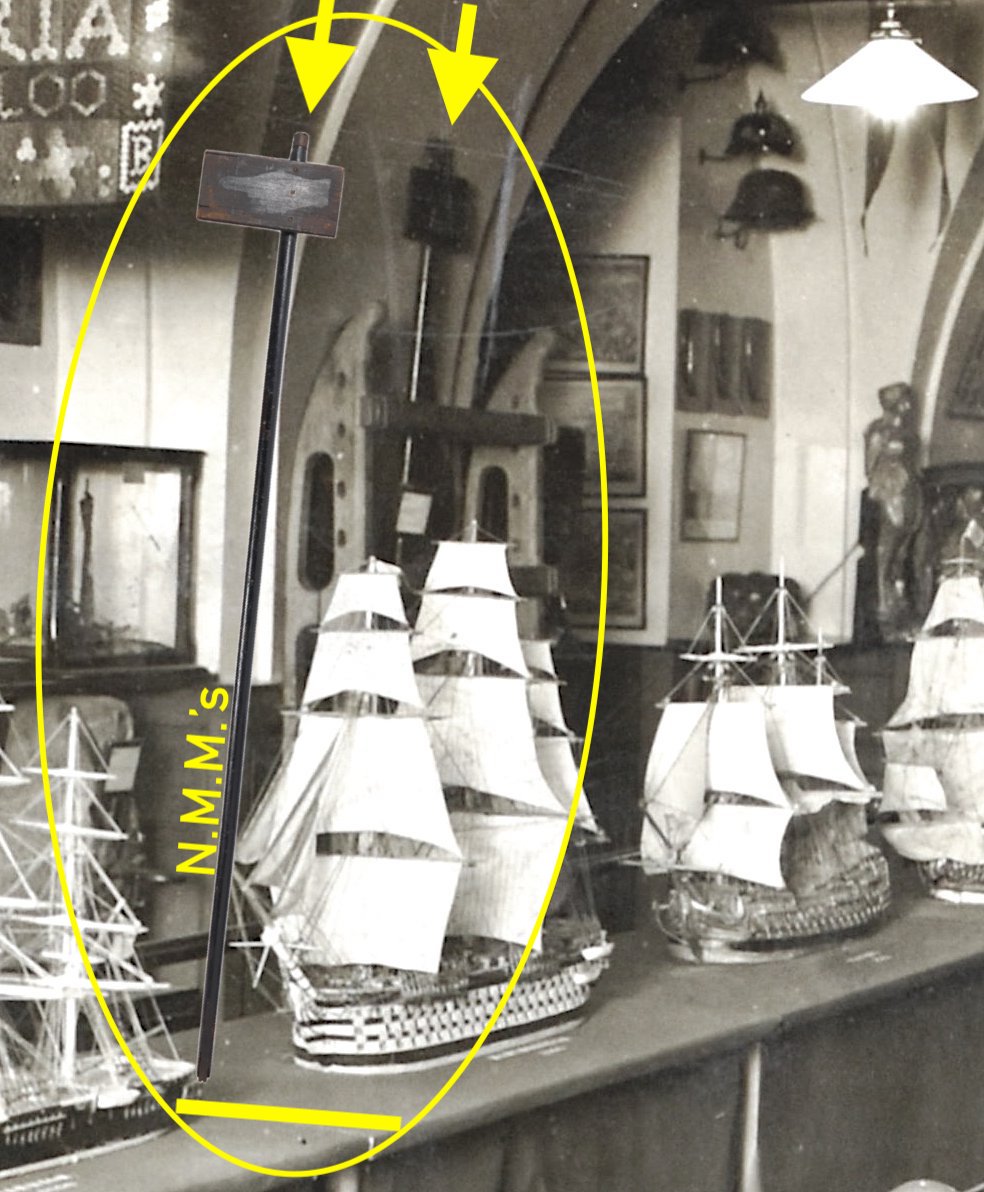 I went to the RUSI Library in November of 2019 to meet her. In another photo she had posted, I said it almost looked like the NMM's Beechey Island Finger Post relic was visible. The size and height looked about right, and notably it was behind a sledge. She gave me a stack of card books, and advised me where I might find it. After a half dozen books, the entry appeared: “Finger Post found on Beechy Island”. The dated entry of the card was 1957.

But the photograph (from 1927/8) had been quite grainy, and this card was hardly proof I had seen the Finger Post relic. So Jacqui pointed me to where I might find more photos of the RUSI Museum: the RUSI Journal. For about 6 hours, I went through the RUSI Journals in the library. I found many photos of the Lost Museum, but I never saw Franklin relics. Nor even the room the possible Finger Post was located in (“The Crypt”, Jacqui explained to me, beneath the main hall of Banqueting House). 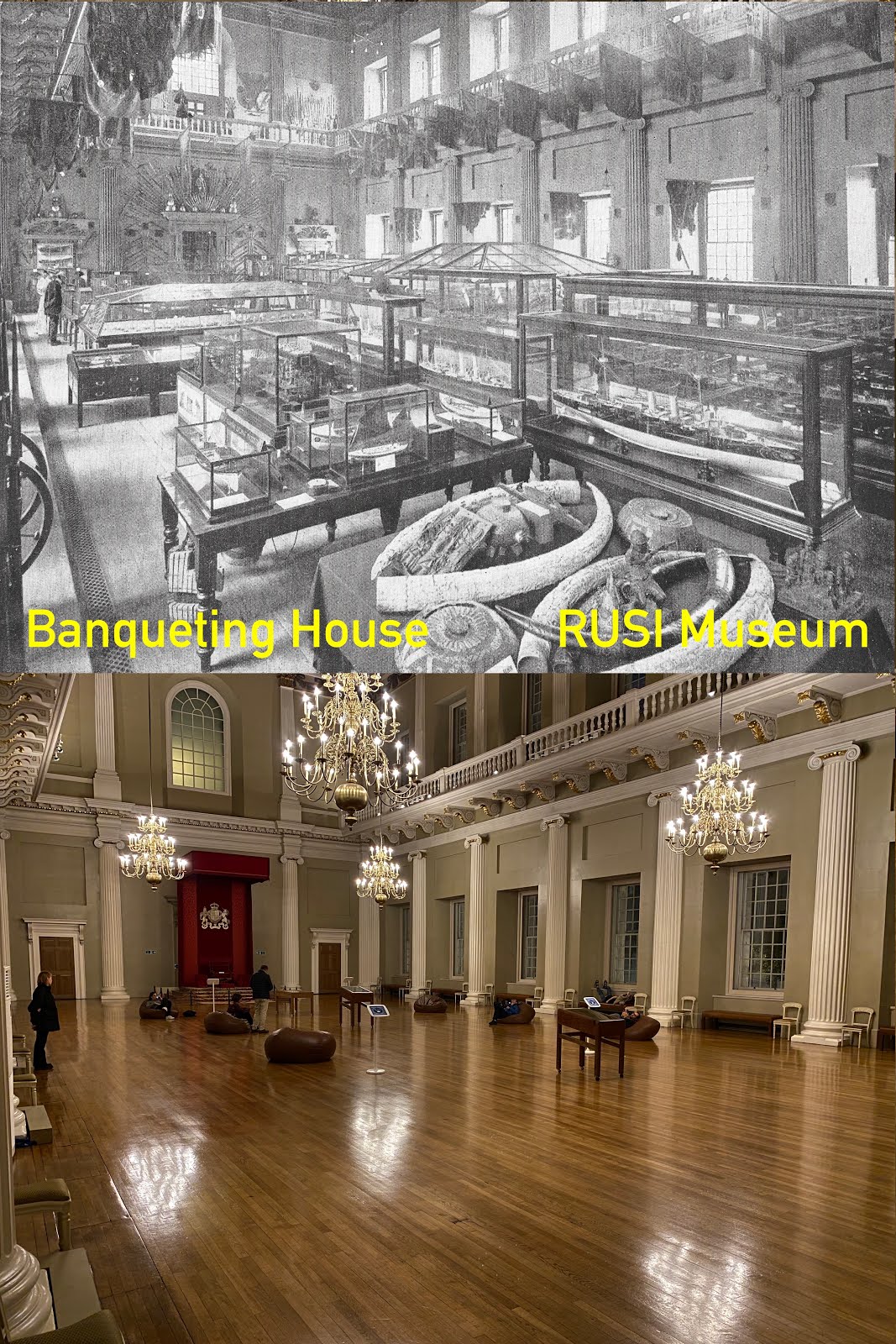 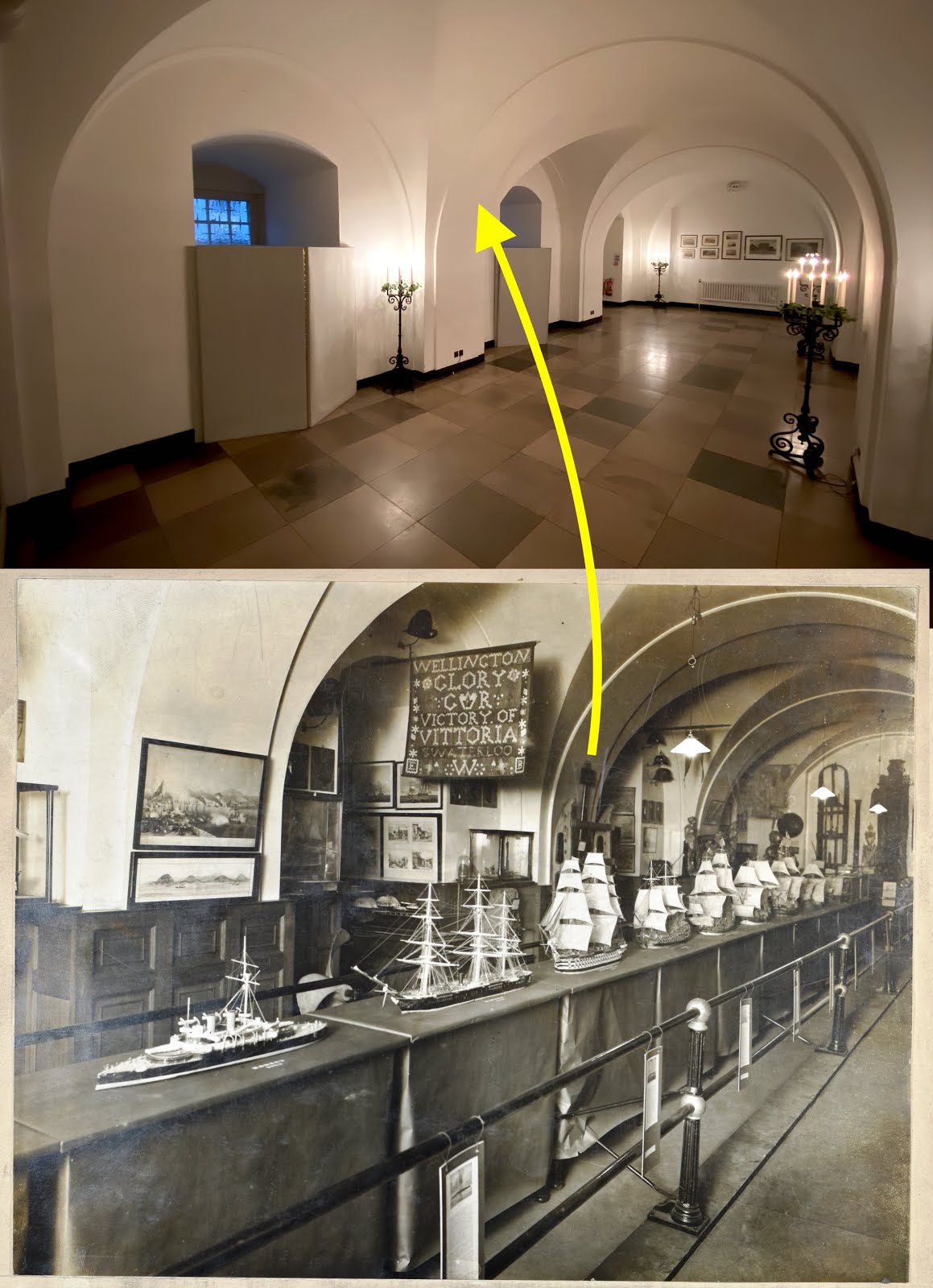 I admitted defeat, Jacqui posted the Finger Post to twitter, and I said goodbye. I walked over to the Banqueting Hall, and went to the Crypt where the possible Finger Post had stood. I found the exact spot, and tried to see if there was a notch in the wall, about 7 feet up. There was none.

I took the Underground home, and suddenly – after weeks of staring at it – I realized there is another, a 2nd Franklin relic in that same photo. And so, with reasonable certainty, that is the Beechey Island Finger Post.

If you wish you can test your Franklin relic hunting skills by searching for it.  It took me weeks to see it, although it took Regina Koellner at RtFE a mere matter of minutes when I challenged the group to find it.  (And who knows – perhaps there are additional Franklin relics still unidentified in this old museum photograph.)

Otherwise, you can find the identification of the 2nd relic in my response to Jacqui's linked tweet below.  I believe this means the discovery of by far the oldest known photograph – 1927 – of these two Franklin relics (neither is in Cheyne's 1860 photography of the McClintock relic exhibition at the RUSI Museum).

Visions of the North article on the 2018 Anvil discovery:
https://visionsnorth.blogspot.com/2018/09/lost-and-found-beechey-island-anvil_27.html 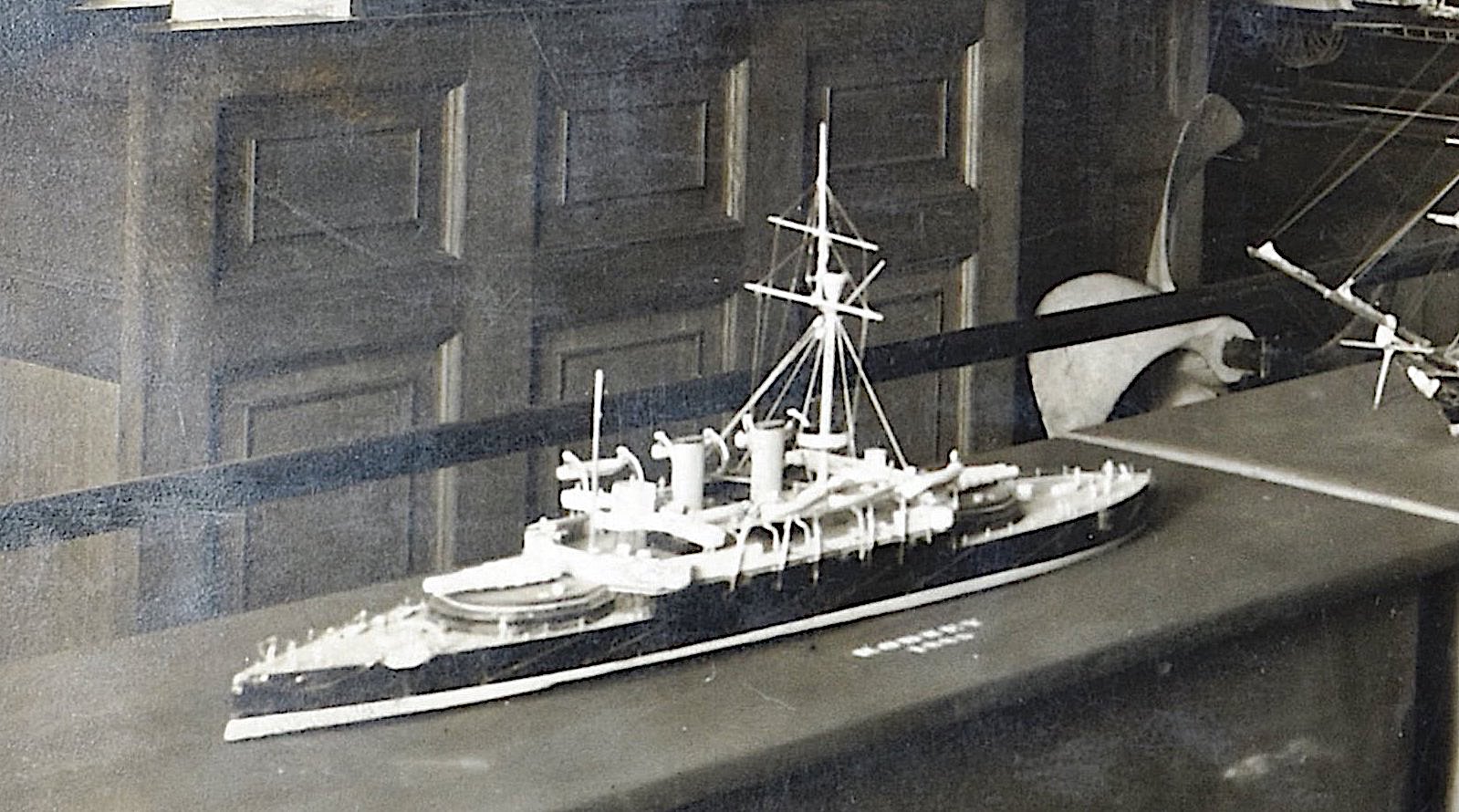 The ship at the front of the line appears to be a model of HMS Rodney (1884).